More hope. And even some outright joy.

Since I told you about the gunshots, I should tell you about the noise outside today. Music and some guy on a PA system that seems to carry for miles.

That's not a complaint, though. This time the noise signifies good news: the children of Homewood are getting a new playground today. Right now. On this used-to-be vacant lot runnning between Kelly Street and Zenith Way: 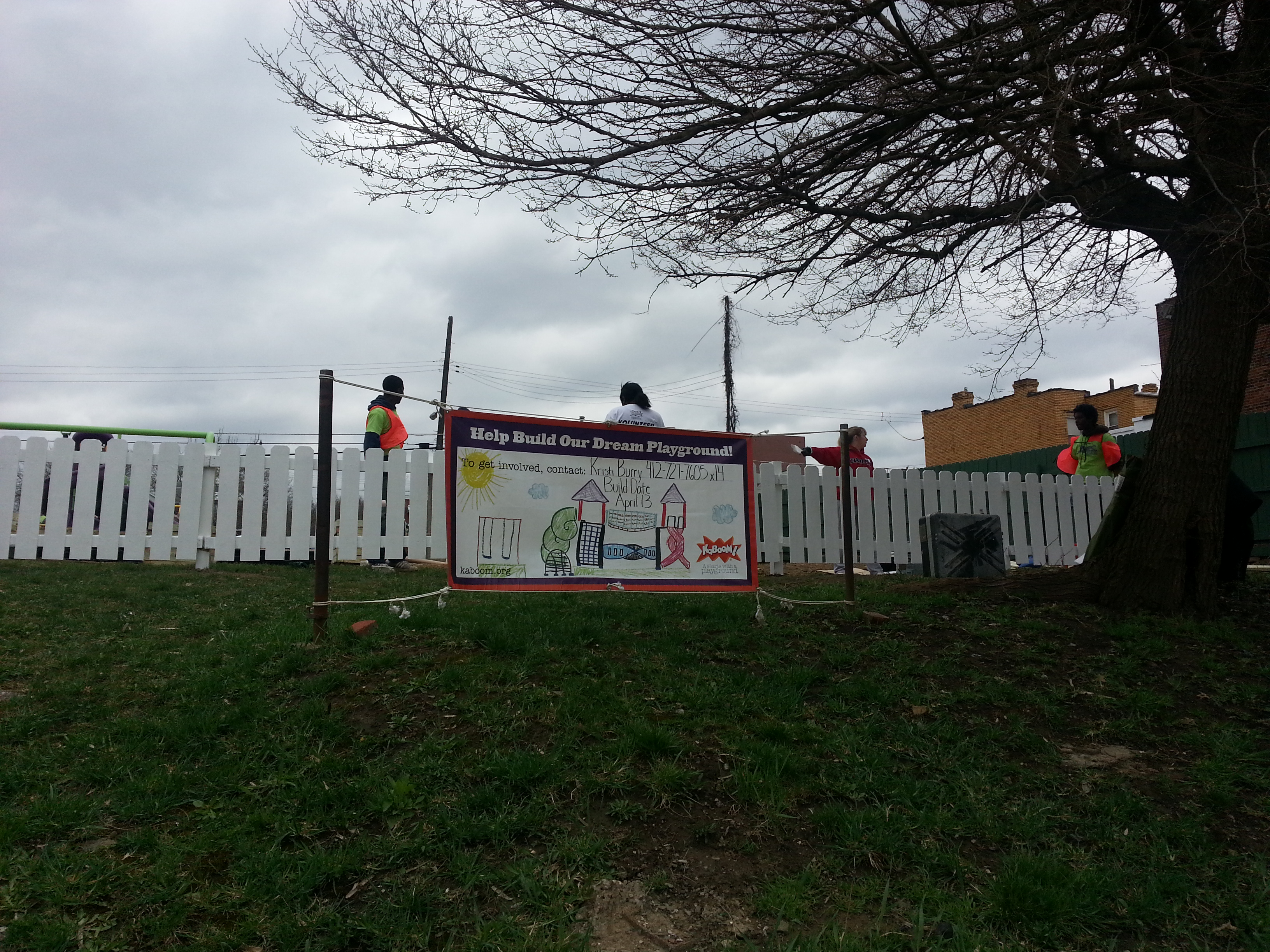 This is the first of 10 new playgrounds being built in Pittsburgh under an initiative funded by the Heinz Endowments. A Washington, D.C.-based non-profit, KaBOOM!, is collaborating with community partners in different neighborhoods to bring the playgrounds into being. Their lead partner for this one is Homewood Children's Village.

KaBoom, who built their 2,000th playground with some help from First Lady Michelle Obama nearly two years ago, has got this playground-building thing down to a science. There's months and months of partnering and planning, then about two months before Build Day, their team comes in for Design Day, when they ask children to design their dream playground.

They did that here, in February, at Faison K-5. And today, in one day, the kids are getting their playground: 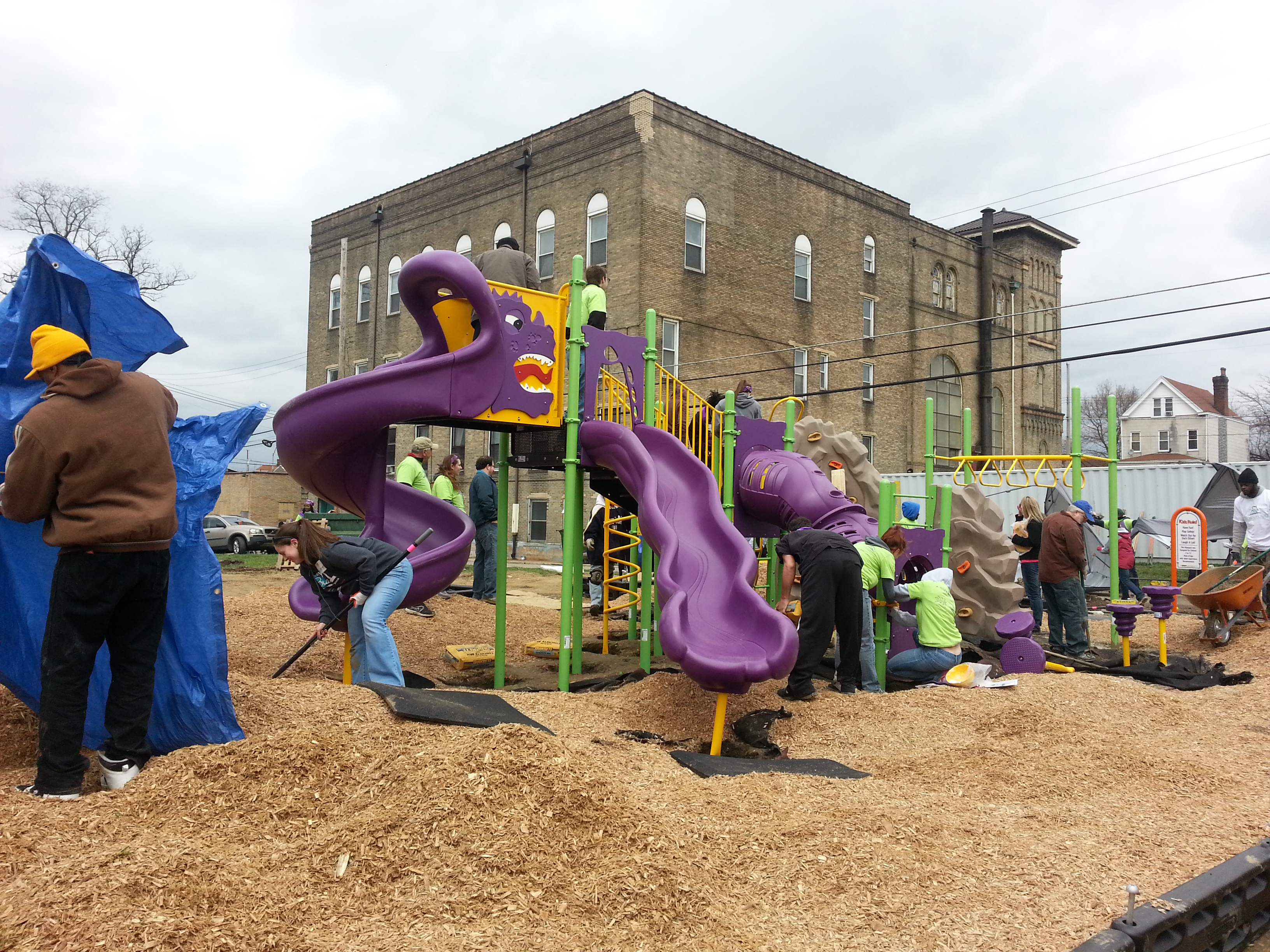 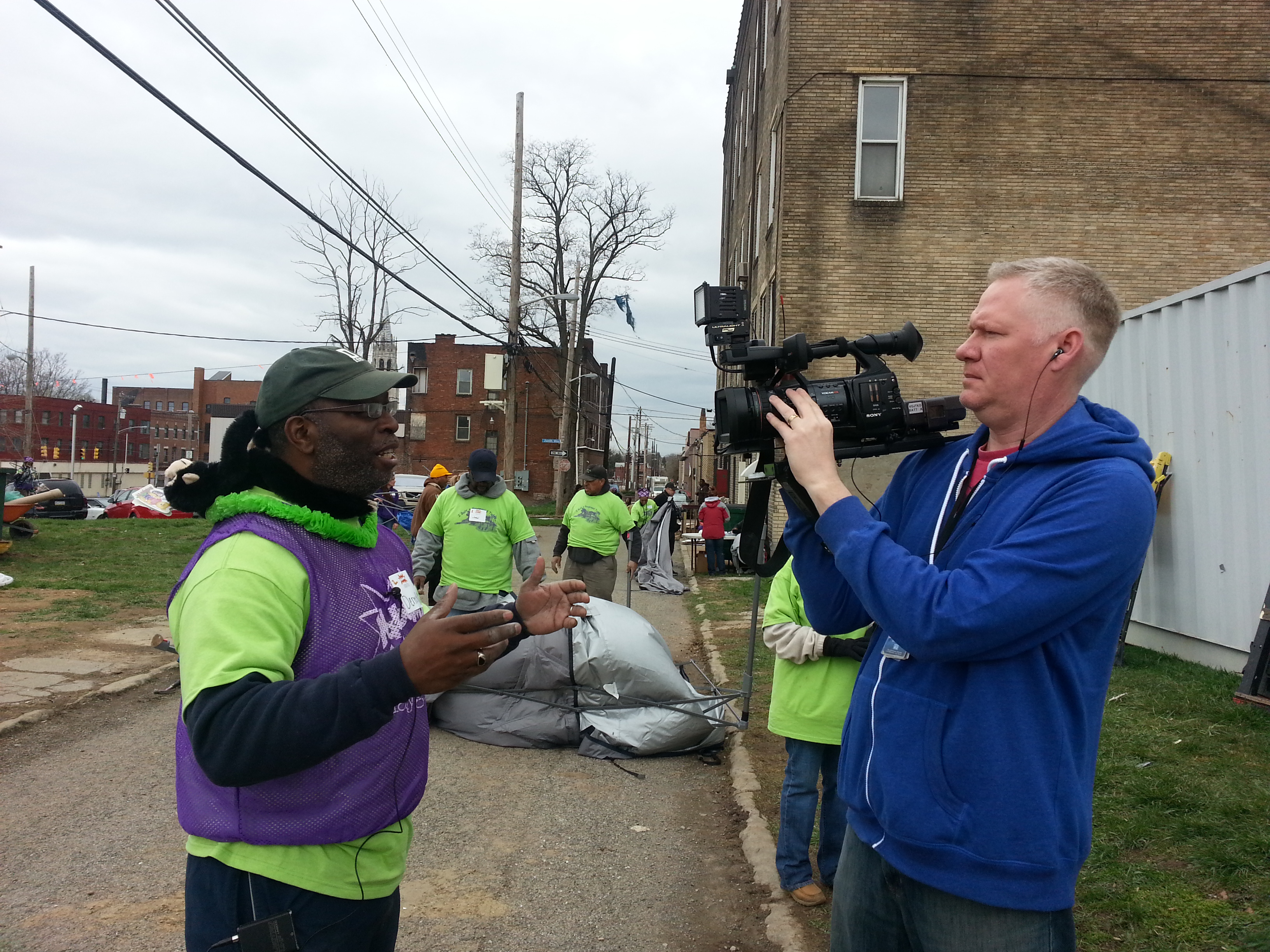 Seriously - what is with the monkeys?

I saw all of those folks within a few minutes, and that is a hint at something that my photos don't convey: as was the case when Rosedale Block Cluster parntered with KaBoom! three years ago to build a playground on Susquehanna Street, there were hundreds of people in Homewood today to build a playground for our children.

How many were there? Too many to offically count:

NOTE: KDKA was not the only station there, so check the local news this evening. And if you like what you see, TELL THEM SO.

Reply Pastor James E. Hunt
2:15 PM on April 13, 2013
This is Wonderful. We need more and more of this collabrative sharing and working for the Common Good across our "region"!

Reply Blossom Bradshaw
4:16 AM on November 21, 2020
Broker is the middle man for making deals. Broker are very active and rich and make alot of money sacramento grills by making business deals. Broker has to be active minded to perform his job by eassy writing service. Brokers are very mean at occassions.

Reply Ambubcuct
11:36 AM on September 14, 2021
https://buyzithromaxinf.com/ - buy azithromycin without prescription

Reply LoobeRaby
1:22 PM on September 17, 2021
https://buylasixshop.com/ - side effects of furosemide

OPINION: The Worst Is Yet To Come
by Elwin Green | 1813 comments