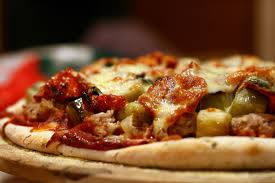 On Thursday, I met with Harry Geyer, proprietor of The Wheel Mill. the indoor bike park on Hamilton Avenue. When he announced plans to create the park in April 2012, I wrote a piece that ended with these lines:

Geyer said that because he does not want to compete with local bicycle shops, the facility will offer only limited bicycle repair services. Likewise, while there might be light refreshments available, The Wheel Mill will not include a restaurant.

Let me rephrase that last bit: "Likewise, while there might be light refreshments available, The Wheel Mill will not include a restaurant, BECAUSE GEYER DOES NOT WANT TO COMPETE WITH LOCAL RESTAURANTS."

During our meeting Thursday, Harry Geyer said that The Wheel Mill attracts about 1,000 people a month, most of whom do not know anything about Homewood, because they come from different states - and so far, from seven different countries.

And when these national and international visitors come to ride at The Wheel Mill, they work up an appetite.

How many restaurants are there in Homewood?

The Wheel Mill's customers are visitors. They do not know their way around. And when they are in The Wheel Mill, and work up an appetite, they want to eat something THERE, and then ride some more. They would prefer not to leave the building (not because they are afraid of crime - they don't even know about crime in Homewood, because they are from out of state and out of country).

And this is what Harry Geyer said: "Pizza Parma is making a killing."

Why? Because they DELIVER.

How many restaurants in Homewood will deliver to a location in Homewood full of hungry people with money to spend?