A New Script For Homewood 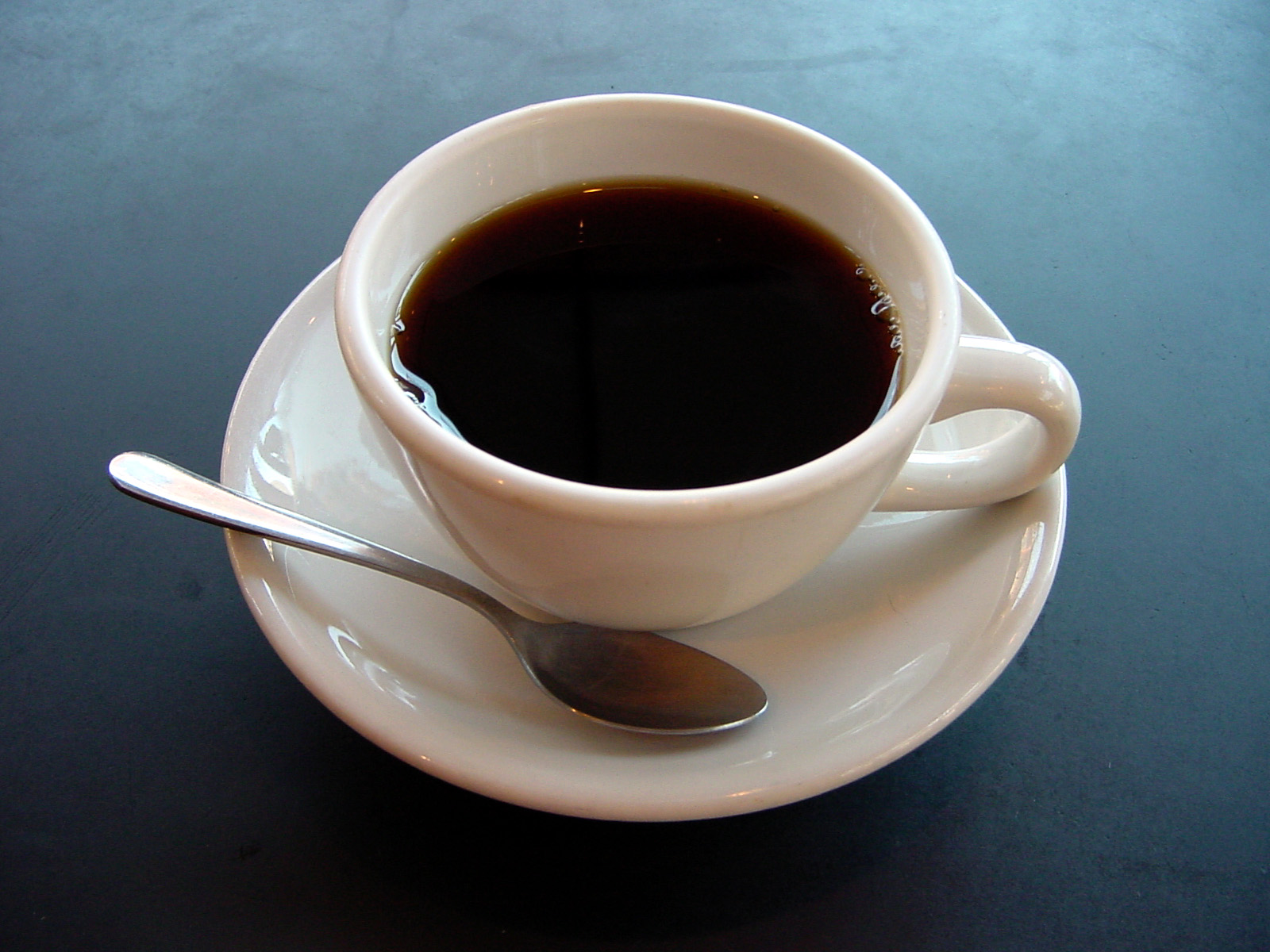 Grab a cup of coffee, this will take a little while...

Homewood has become the focus of a great deal of attention by people who want to see it redeveloped. This focus has intensified both the danger and the opportunity that have been close at hand for years now.

A large part of the danger lies in the possibility that Homewood's redevelopment will follow a script that goes something like this:

The opportunity lies in the possibility of writing a different script. I hope that the Homewood Community Development Collaborative can do that. Meanwhile, if I could write the script for Homewood's redevelopment, I would eliminate the first part entirely, for two reasons.

How would development start? By surveying residents. There would probably be multiple surveys, but the first would ask questions that flow from one larger, leading question: "What do you have to offer?"

The survey would not include a single question asking what residents need. Why? Because focusing attention on one's own deficiencies tends to strengthen feelings of powerlessness, which is the last thing residents of Homewood and neighborhoods like it need.

Then I would communicate everyone's answers to everyone else in the neighborhood. "April Jones is good at working on cars. Bill Smith can knit like nobody's business - need socks?" And provide the appropriate contact info.

Thus, residents would have the opportunity to have some of their needs met by their neighbors.

In exchange, those neighbors could experience new sources of income. However - and this is a big however - sometimes the person receiving the goods or service offered might offer omething other than money in exchange: you repair my refrigerator, I paint a portrait of your kid. You change the oil in my car, I give you vegetables from my garden. Barter existed before money came along, and in a community characterized by too little money, it can prove to be a valuable substitute still.

When there's too little money in a neighborhood, the more that people can accomplish without money, the better. The informal economy already exists all around us. This scenario merely suggests being more intentional about acknowledging and facilitating it to cultivate human capital.

I didn't come up with this approach on my own. I found it in a book, "Building Communities From The Inside Out: A Path Toward Finding And Mobilizing A Community's Assets," by John P. Kretzmann and John L. McKnight. They call it "asset based community development" (ABCD - convenient, yes?). You can learn more at the ABCD Insititute's website.

Encouraging and facilitating the informal exchange of value among residents would be Act I of my script. Act II would be encouraging resident entrepreneurship - helping residents to establish and grow actual businesses. This would involve partnering with the small business centers at the University of Pittsburgh and Duquesne University, working with the all levels of government to help neighborhood entrepreneurs to make use of incentives, and perhaps even lobbying for new ones.

The good news here is that recent years have seen the creation of at least two initiatives to encourage Homewood's entrepreneurs. The first is a grant program by Urban Innovation21, a public-private partnership created to connect underserved communities to the innovation economy. The agency is preparing to announce the winners in its third annual grant competition for Homewood entrepreneurs. Previous winners have received up to $10,000 to advance their businesses.

The second is the creation of the Homewood-Brushton Business Association, a membership-based organization for business owners created to provide them with opportunities for networking, professional development and advocacy.

These excite me, because the more successful our entrepreneurs are, the more likely they are, not only to ascend the economic ladder, but to bring others up by creating jobs. The more jobs that residents can create among ourselves, without depending on outside businesses relocating to Homewood, the better.

The first two acts of my script would focus on developing the people of Homewood. The third act would focus on the second great resource that Homewood possesses in abundance - land.

Homewood has lots of vacant land. Most of it is not cared for, and has devolved into blight.

What if all of it were cared for?

One of our residents, Mary Savage, has gained national fame among people who care about communities, for her work in planting flowers on Homewood's vacant lots. Among the awards recognizing her work is one from Baptist Temple Church, the Rev. J.A. Williams Community Leader Award. I was there when she received it in August, 2010, and will never forget her saying that if we wanted to, we could beautify all of Homewood "in a single season."

How much of Homewood's vacant land is available for purchase by residents for beautification? How much of it could residents assume stewardship over without purchasing it? The latter route is the one that the Save Race Street Committee, which I chair, has pursued since its founding in November 2008, during which time we have beautified lots in four blocks of our five-block street.

The Urban Redevelopment Authority has become one of Homewood's largest owners of vacant land. Would they reject an offer of, "We'll do the work needed to make your lots look pretty until someone builds something on them"?

Or, could we establish permanent gardens or groves on a scale that makes Homewood a tourist attraction? What might a Homewood cherry blossom festival look like? Or a Homewood dogwood festival? 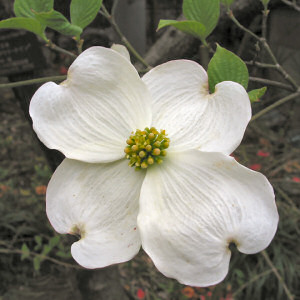 I say, let's make the dogwood the official Homewood's official flower, because it is a symbol of resurrection. What do you say?

Of course, land is good for growing more than flowers. An alternative way of developing both people and land would be through urban agriculture. We have not yet explored that on Race Street, but we intend to, drawn by questions like, "How much food could be grown on one vacant lot?" and "How many people could we feed with the food grown on one (or more) of our vacant lots?"

Residents of a neighborhood with as much vacant land as Homewood has should never go hungry. Period.

Indeed, a neighborhood with as much vacant land as Homewood has could export food, and create jobs in the process. Building the enterprise for doing this at scale would require assembling a lot of expertise that may not exist within the community yet. But we do already have people who know how to grow food. That's a big start.

What would it take to develop Homewood Farms, an agricultural enterprise that has a retail store in the neighborhood, that sells to Pittsburgh restaurants who have made the city a destination for foodies and to supermarkets who want to buy local, and that ships everywhere?

Alternatively, how much land would it take, and what skills would residents need to learn, in order to establish (to keep the naming thing simple) Homewood Vines, an urban winery?

Could these businesses attract outside investment as needed, while residents maintain majority ownership? That would be key, so that as they grow, they would return profits to residents.

And that would be the driving theme of my script - the idea that residents who have more skills and knowledge than anyone realizes are capable of coming together to build enterprises that can lead the neighborhood out of poverty. Instead of being pushed out by rising property values, lower-income people can increase their income, and stay in place if they like.

And all without an outside developer taking control of anything.

What do you think?

A print version of this piece appears in the Jan 21-27 issue of Print, Pittsburgh's East End newspaper. Pick up your copy at Baker's Dairy, 7300 Hamilton Ave., today! Then SUBSCRIBE for more of Homewood Nation and other East End news!

Reply Monica Haynes
11:10 AM on January 23, 2020
This is one movie, I'd love to see. Elwin, I pray that Homewood Nation runs with these ideas. What a marvelous thing it would be to return to Pittsburgh to see the Dogwood Festival in Homewood just like folks go to DC for Cherry Blossoms.

Reply Kbbfkinny
6:11 AM on February 12, 2021
viagra super force without a prescription http://kloviagrli.com/ viagra shop canada over the counter

OPINION: The Worst Is Yet To Come
by Elwin Green | 170 comments