The quiet of a late Saturday night on Race Street was interrupted between 1:30 - 2 a.m. when a Cadillac Escalade going at high speed flipped over and smashed into another vehicle.

When I heard a loud metallic noise, I thought that the workers who empty the dumpster in Baptist Temple's parking lot had come earlier than their regular time of 4 a.m. or so.

Then I went outside to retrieve something from my car, and saw this: 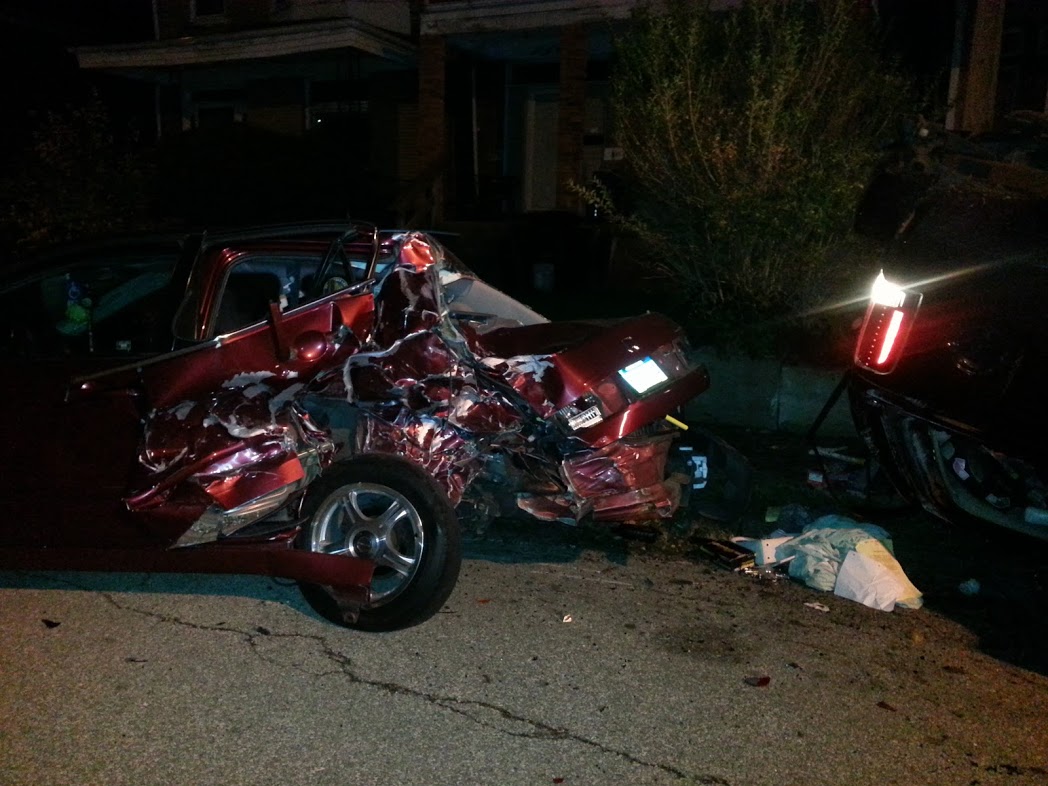 The official police report has not yet been issued, but the story being pieced together says that the driver of the Escalade (and perhaps the driver of another vehicle) was fleeing a shooting on Bennett Street, in which no one was apparently hit. The accident here resulted in one person being hospitalized in serious condition.

Besides the two vehicles directly involved in the crash, this car was forced onto the sidewalk and shoved into the rear of a van parked in front of it :

It wasn't until after I had observed all of that damage that I noticed shards of clear plastic in the street in front of my house, and then saw that my car's bumper and taillight were damaged: 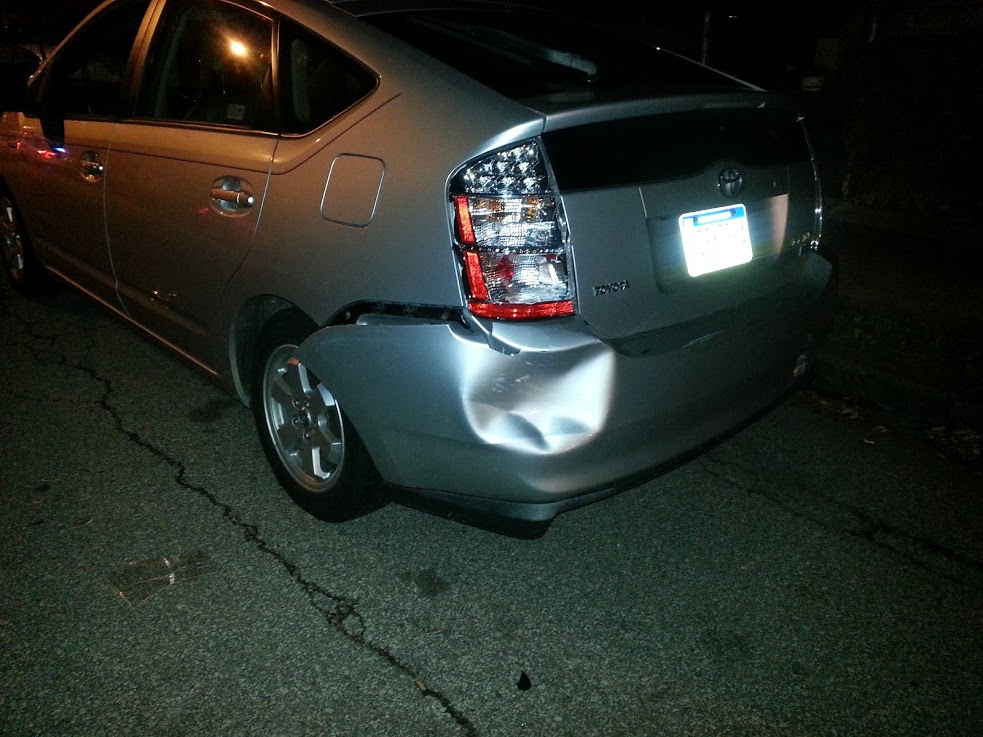 I thank God that only one person was reported injured, but it burns me that in the middle of the night, at least four people have suffered tens of thousands of dollars worth of damage to their vehicles because of someone else's nonsense and/or issues that happened at least three blocks away.

Reply Salvage Now
12:43 PM on June 28, 2017
This sort of Incidents are indeed unfortunate and pray to god it does not get repeated.