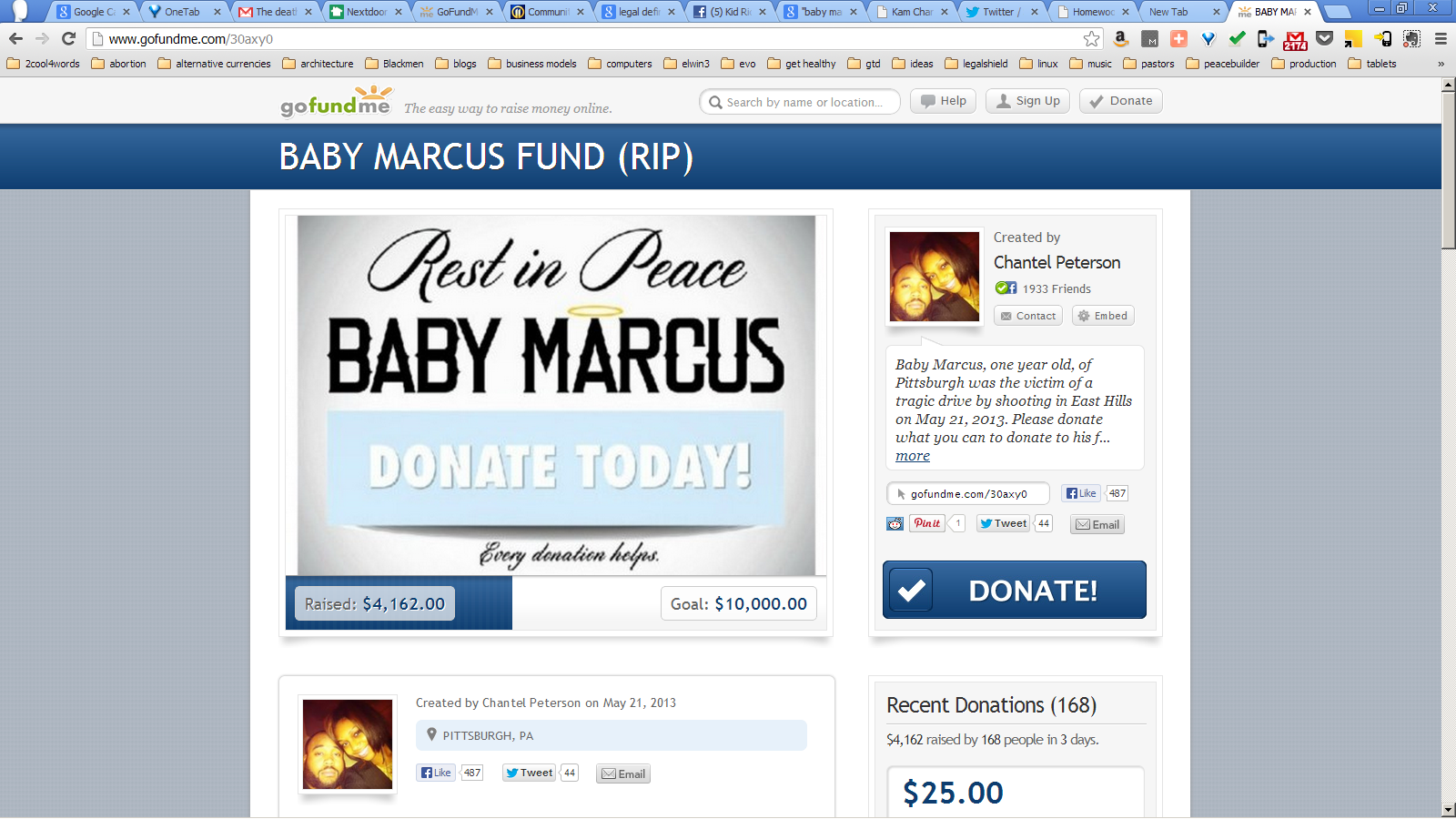 The Baby Marcus Fund webpage on the funding website, GoFundMe.

A family member of the infant murdered in an East Hills shooting Tuesday says that the family would prefer that people not use a website that says it has raised more than $4,000 for them.

Jerome Jackson, who is related to Marcus White Jr. by marriage, said that the family, with assistance from Councilman Ricky V. Burgess, has set up a trust at Dollar Bank, the Marcus White Trust.

Jackson, executive director of Operation Better Block Inc., said that the family does not know the creator(s) of the "Baby Marcus Fund," which has a page on the funding website, GoFundMe, and was mentioned in a story on WPXI Thursday.

"The mother and the family would prefer that all donations be given through the trust fund that has been set up at Dollar Bank," Jackson said. He said that donations may be made at any of the bank's branches.

Here's how that came out:

On Thursday, Jerome informed OBB board members via email that he is related by marriage to Marcus White Jr.

Yesterday, I learned that little Marcus's family lives on Race Street. Today, I called the Save Race Street Committee's block captains for an emergency meeting to decide how we can be neighbors to the family in this awful situation.

Knowing about the Baby Marcus Fund, I called Jerome, mainly to ask whether the family would prefer a gift through the website, or a cash gift via a designated family member.

That's when he said that the family has nothing to do with the website.

GoFundMe has received accolades from Time, USA Today, and other major media outlets, so it surprises me that someone could set up a fundraiser there without the express approval of the stated beneficiaries. The whole affair now raises a lot more questions than I had a few hours ago.

Reply Nichole Williams
6:30 PM on May 30, 2013
They took the money to dollar bank! GOFUNDME IS LEGIT! talk to Marcus's Grandmother or his mother to get correct info!