This is just an announcement, not a story, because this event happens this evening. 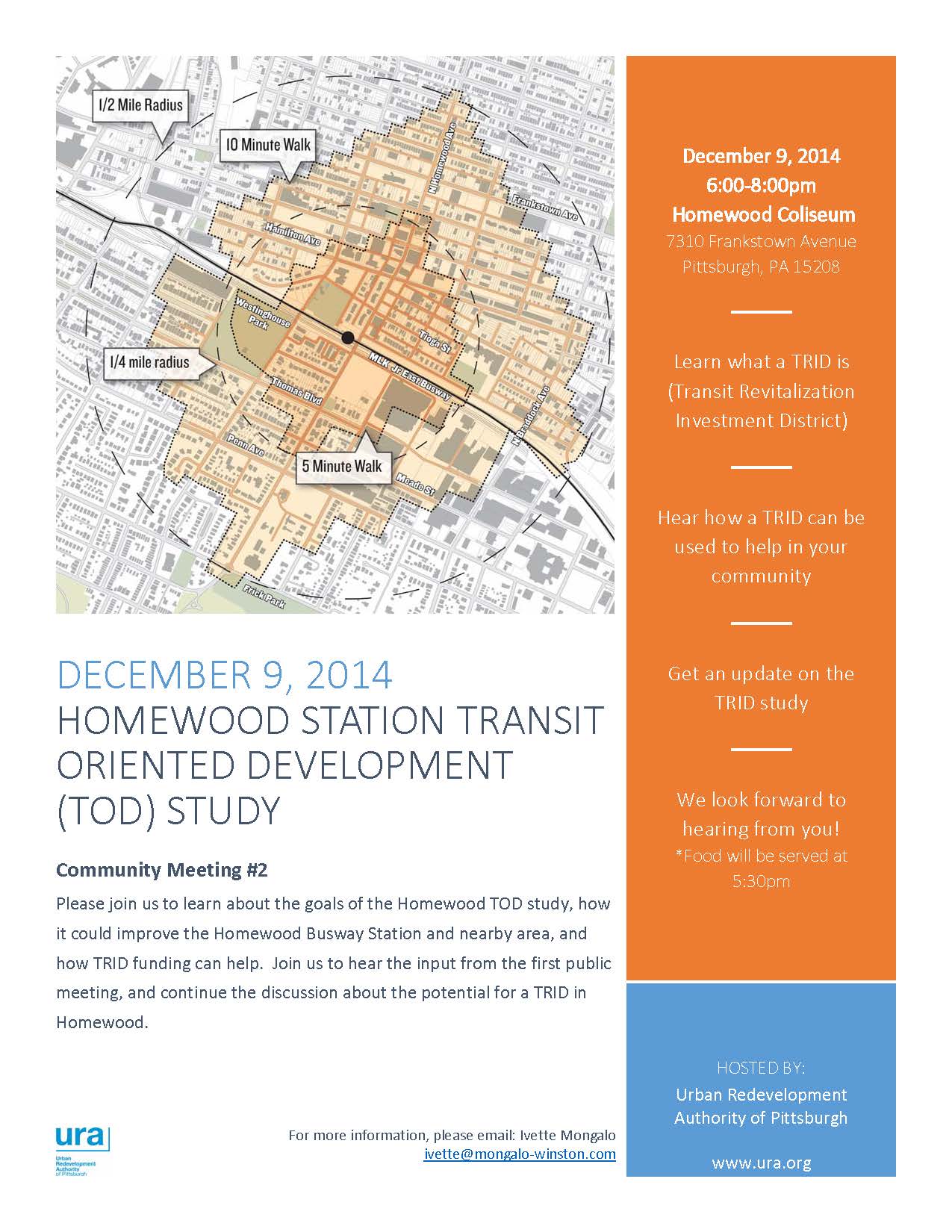 The meeting described above is the second in a series of three meetings on transit-oriented development. The first was held on November 13 at the Carnegie Homewood Library.

At that meeting, consultant Lynn Colosi, principal of Delta Development Group, Inc., led the audience of about 65 people through a presentation to introduce the concept of Transit Revitalization Improvement Districts. TRIDs are a mechanism to provide funding for certain types of public improvements within an area that centers on a major transit stop.

That meeting deserves its own story. For now, you can check out Ms. Colosi's presentation here.

Tonight's meeting will present the results of a breakout session from the first meeting, in which attendees were asked to indicate which types of projects they would like to see receive TRID funding, if (and it's a big if) a TRID were to be created here.

The Disappearance of Donald Trump
by Elwin Green | 3 comments